Santa, the guy handing out gifts and flying around the world with reindeer is a mythological character. So he can’t technically have been a real shaman but…

After a few hours of research, and self appointing myself a Santa-shaman expert of the whole-wide internet, I am convinced there is validity to this story. 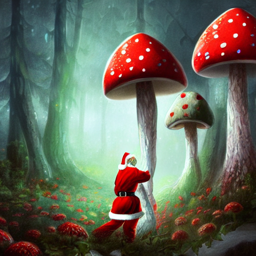 #1 He lived where magic mushrooms were commonly used

Let’s start by pinning down the geographical origin.

The winter coat hints he lived in a cold and snowy location – that clue is easy.

The wild reindeer puts him to Scandinavia or Russia. Reindeer also exist in Canada but are referred to as Caribou. Canada is also a relatively young country so it’s not likely Santa could have originated there.

In eastern Siberia (part of Russia), the magic mushroom species Amanita Muscaria were used by both shamans and laypeople alike, and was used recreationally as well as religiously.

Is this enough to say Santa was a shaman or did psychedelic mushrooms? Not really, so let’s dive deeper.

Amanita Muscaria mushroom was widely used as an entheogen by many of the indigenous peoples of Siberia.

A shaman would consume the mushrooms, and others would drink his urine. This urine, still containing psychoactive elements, may be more potent than the mushrooms but with fewer negative effects, because it’s been filtered by the original consumer.

It’s also reported that the reindeer would often follow people who are intoxicated by the mushroom and eat the people’s urine-soaked snow to become similarly intoxicated. The Koryak (Siberian) people would then use the drunken state of the reindeer to more easily rope and hunt them.

Was Santa actually a hunter gatherer?
Maybe he was based on Siberian shamans (and/or hunter gatherer) in general?
Maybe he delivered things regularly and Christmas was a more special occasion he brought gift from the local king or Church?

Where did the myth of flying reindeer come form? If you were under the effect of mushrooms, and pulled by reindeer dashing through a dark snowy forest, could it feel and look as if you were flying? That’s my take but there are in fact historical notes in Wikipedia about Santa’s flying reindeer.

On the Wiki page, these mushrooms are reported to make you “Very Jolly”, among other intoxicating and psychedelic effects. A coincidence? Maybe. But the only other time I hear the word “Jolly’ is describing Santa.

This mushroom, Amanita Muscaria cannot be commercially cultivated, due to its mycorrhizal relationship with the roots of pine trees – making pine trees the ideal breading ground.

Is it coincidence that we also place presents under pine trees? And that traditional presents are colored red and white?

If that’s not enough, why do we decorate pine trees? Would you be surprised if these mushrooms were typically hung from branches to dry, or in stockings hanging by the fire?

#6 Rudolph’s red nose was a lantern

In terms of practicality, hanging a red lantern on the first reindeer could be used for navigational purposes by differentiating the front deer from the rest of the herd. This isn’t proof Santa was a psychedelic shaman but it doesn’t nudge closer to practicality of everything.

#7 Jingle bells were not an instrument

Similar to Rudolph’s nose, bells have been used by delivery drivers and hunters/gatherers since the dawn of time. They serve two many functions, (A) to help alert homeowners when they were coming, and (B) prevents the deer from getting lost.

Snow often covered doorways so the delivery guy used an opening in the roof or chimney.

#9 His clothing matched the mushroom

As if being Santa wasn’t enough, his style was on point. The red and white in his clothing matched that of Amanita Muscaria’s. This is a weak argument but helps my narrative 😛

Think about living in cold Siberia a few hundred years ago and having Uber deliver on a reindeer. Would you not offer them a hot drink and snack? Of course you would!

I believe many people, including shamans in this area of the world used mushrooms for practical purposes, healing, enjoyment, and spiritually. There also seems to be lots of evidence of reindeer eating these mushrooms the coincidence of the reports fit the “Shaman Santa” narrative like a warm winter glove.

Are you feeling called to participate in a mushroom experience, in Playa del Carmen Mexico? 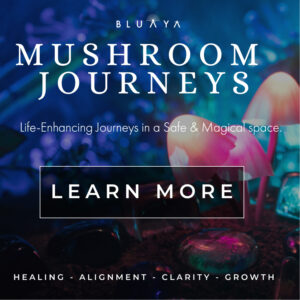